This year we will be headlining with a spectacular show: the Greek power-metal band Firewind. Behind the microphone stands an old acquaintance of the Brainstorm Festival: singer Herbie Langhans (Avantasia), who previously visited our festival with his earlier bands Seventh Avenue and Sinbreed. And if that's not enough, Firewind is of course all about guitar virtuoso Gus G. (ex-Ozzy Osbourne, ex-Mystic Prophecy, ex-Dream Evil).

Firewind was formed in 1998 and released several top-notch albums over the years. Nevertheless, it proved difficult to get stability behind the microphone. Through the years the number of singers changed rapidly, but with the arrival of Herbie Langhans all the pieces of the puzzle seem to have fallen into place. The latest album with the simple title "Firewind" is the ultimate proof of this: what a record!

Expect a great metal show, with fantastic guitar solos by Gus G., the raw vocals of Herbie Langhans and a high quality stage performance. Firewind is a welcome guest at all major metal festivals in Europe. And how fantastic is it then to have the band as headliner of the Brainstorm Festival 2022. This is going to be superb! They are one of the best doom metal bands in Europe, they released one of the best albums of their career with "Moonflowers" and they are coming back to Brainstorm Festival! We are of course talking about Swallow The Sun, the Finns who fuse beautiful melodies and heavy riffs into a beautiful whole.

As mentioned, Swallow The Sun has been seen at Brainstorm Festival once before, back in 2013. Back then, the band toured Europe due to the 10th anniversary of their album "The Morning Never Came". The new "Moonflowers" proves that the band has not been idle since then. Clean vocals, grunts and even screams alternate, while the fairytale-like music continuously enthralls you. That is what Swallow The Sun is strong in.

That the band is coming to the Brainstorm Festival with "Moonflowers" is a dream come true for us. And the fact that you can dream away at incredibly heavy metal, that's what you will experience with Swallow The Sun's show in November!

Scar Symmetry is back! It has been suspiciously quiet around the Swedish melodic death-metal band in recent years. The latest album "The Singularity (Phase I - Neohumanity)" dates back to 2014, so it's also time that the gentlemen breathe new life into the band. They are not only doing that with live shows, Scar Symmetry is also working on a new album.

The band was founded in 2004 and behind the microphone at the time was Christian Älvestam, who had already visited the Brainstorm Festival with his band Miseration. In 2008 he left Scar Symmetry, after which the band appointed two new singers as replacements. The Swedes prospered greatly and Scar Symmetry grew into a top band in the Swedish metal scene.

On the latest album the guys leaned more towards progressive metal, which only made Scar Symmetry more interesting. Expect delicious melodic death metal with a progressive edge. Grunts and clean vocals alternate in high tempo during the catchy songs. This is going to be very exciting at the Brainstorm Festival! For some bands we hold a special place in our hearts. And this certainly applies to Sleeping Romance! The Italians grew to become a welcome guest at the Brainstorm Festival, but the last time the band was on our mainstage was back in 2017. Sleeping Romance is furthermore bringing a new singer and a new album to Apeldoorn.

Sleeping Romance more or less broke through in the Netherlands - after the release of their debut album with Ulterium Records - and was picked up by Napalm Records. The sympathetic Italians toured extensively in the Netherlands and Belgium and were always invited back. Not without reason, because their symphonic metal is a treat. Or should we say pizza?

Expect a renewed Sleeping Romance that is ready to win the Netherlands and Belgium over again. And what better place to launch this conquest than at the Brainstorm Festival?

Signum Regis celebrates the band's 15th anniversary at the Brainstorm Festival. The band is no unknown name in the Netherlands, and could also be seen in Apeldoorn before. Those who have seen these Slovakians at work, know what to expect: nice uptempo melodic metal, with a catchy chorus and good solos.

The story of Signum Regis started in 2007, when singer Göran Edman (ex-Yngwie Malmsteen) joined the band. It results in some good albums, but the real breakthrough followed when Mayo Petranin got behind the microphone. The band signed a record deal with Ulterium Records and had success with successively "Through The Storm" and "Chapter IV: The Reckoning".

Over the years Signum Regis has worked with numerous guest vocalists, including Lance King, Thomas Winkler (ex-Gloryhammer) and Matt Smith (Theocracy). Today, Jota Fortinho is the singer in the band. And in this line-up Signum Regis - partly due to Corona - has not yet been to the Netherlands. So this will be a great introduction! A standout band in the lineup of the Brainstorm Festival is Wytch Hazel. The band is part of the new revival of the 'new wave of British heavy metal', which brought us great bands in the 80s. And now once again! We are happy to be a part of this, and Wytch Hazel is simply one of the better current bands in this genre.

Iron Maiden is regularly mentioned by Wytch Hazel as an important influence. But also Led Zeppelin, Wishbone Ash and Jethro Tull are names that these Englishmen hold dear. The latest album "III: Pentecost" is receiving rave reviews, and rightly so. Wytch Hazel is just really good at what they do.

In medieval attire, these Brits mount the stage to perform their divine hard rock. They do this with verve, as evidenced by their rapidly growing popularity on the European continent. Moreover, as far as we can tell, we have the privilege of being the first to bring the band to the Netherlands. An extra reason not to miss this party!

Who enjoyed Hamferd's show at Brainstorm Festival last year? Good news! Singer Jón Aldará is coming back this year with his other band: Iotunn. The Danish band found the ideal person in the singer from the Faroe Islands to take Iotunn to the next level. They proved it last year with their impressive debut album "Access All Words", released by Metal Blade.

Iotunn plays progressive death metal, where the characteristic vocals of Jón regularly give you goose bumps. Whether he grunts or sings clean, it cuts through marrow and bone. Positively meant, of course. Because " Access All Worlds" has definitely been one of the tastemakers of 2021. Not for nothing that Iotunn would be touring extensively in Europe, but then again... corona.

In any case, you can enjoy Iotunn in the Netherlands. So take that chance and come see this great band live at the Brainstorm Festival! What happens when you mix singer Georg Neuhauser (Serenity, Warkings) and Marco Pastorino (singer/guitarist of Temperance)? Exactly: Fallen Sanctuary! Delightful power metal with varied, multi-voiced vocal parts. The debut album "Terranova" will be released via AFM Records, who have a knack for high quality bands. Something to look forward to!

Both Georg and Marco need no further introduction. Both gentlemen have amply shown their worth. By joining forces, something new is created that - because of the multi-voiced vocal parts - really adds something to the existing metal scene. On top of that, Fallen Sanctuary will be great to see live.

Fallen Sanctuary will be playing a select number of shows in Europe this year and we are happy that they have found a place at the Brainstorm Festival in the Netherlands. With us, the band will be doing a show both mainstage and in the theater room. This will be special, make sure you don't miss it!

With Vetrar Draugurinn, the Brainstorm Festival has a unique band, which time and again manages to present an excellent showpiece. Their new album "The Night Sky" is full of melancholic post-doom. That's what Vetrar Draugurinn are good at and what they keep finding success with.

The band was founded in 2016 by guitarist/songwriter Eric Hazebroek (Pilgrimage, ex-Stream of Passion). Behind the microphone we find Marjan Welman (Autumn, Ayreon). The band members have no lack of experience, which you can definitely hear. The band has already shared the stage with Swallow The Sun, Wintersun, October Tide, Xandria and Ancient Bards. 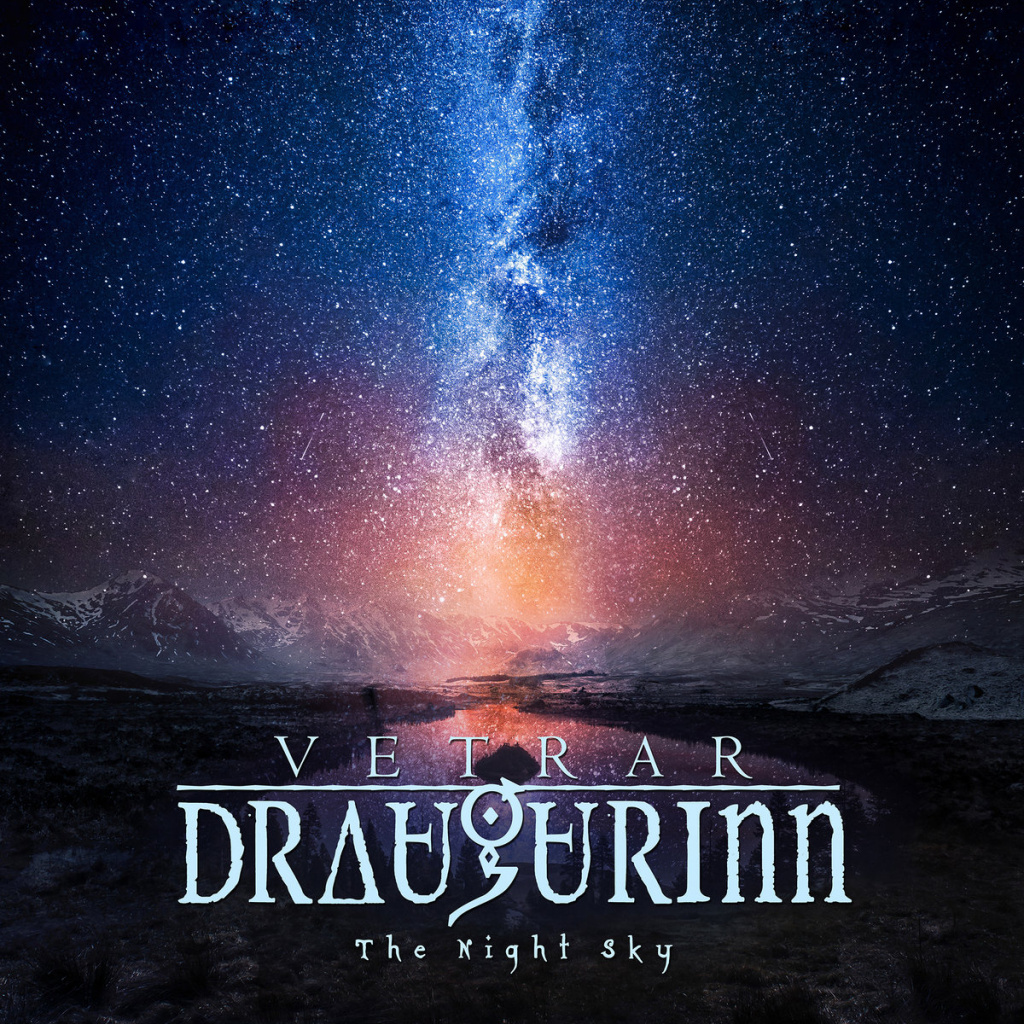 A band that has been around for quite some time in the Finnish metal scene but hasn't (yet) gotten the respect they actually deserve is Sáwol. That is why we are happy to lend the band a hand by bringing them to the Brainstorm Festival! In the Netherlands the band has also built up a small but loyal fan base with their fine albums 'Through Soil And Skin' (2010) and 'Past The Gate' (2019).

Sáwol is really like a good wine that has been lying in a cellar for a long time and is now suddenly discovered. Tasteful and enchanting. The fact that the gentlemen are from Finland is of course a plus, because in the history of the Brainstorm Festival we have consistently gotten quality from that country. This will not be any different with Sáwol. Dark rock, atmospheric death metal and doom metal: it will all be there!

So VRS:NSMV knows what to expect from the Brainstorm Festival. But what can we expect? Nacht himself describes his music as a mix of dark post-black metal and classical piano. In practice, this means a dark piano concert in our theater hall. How special will that be! You don't want to miss this show! 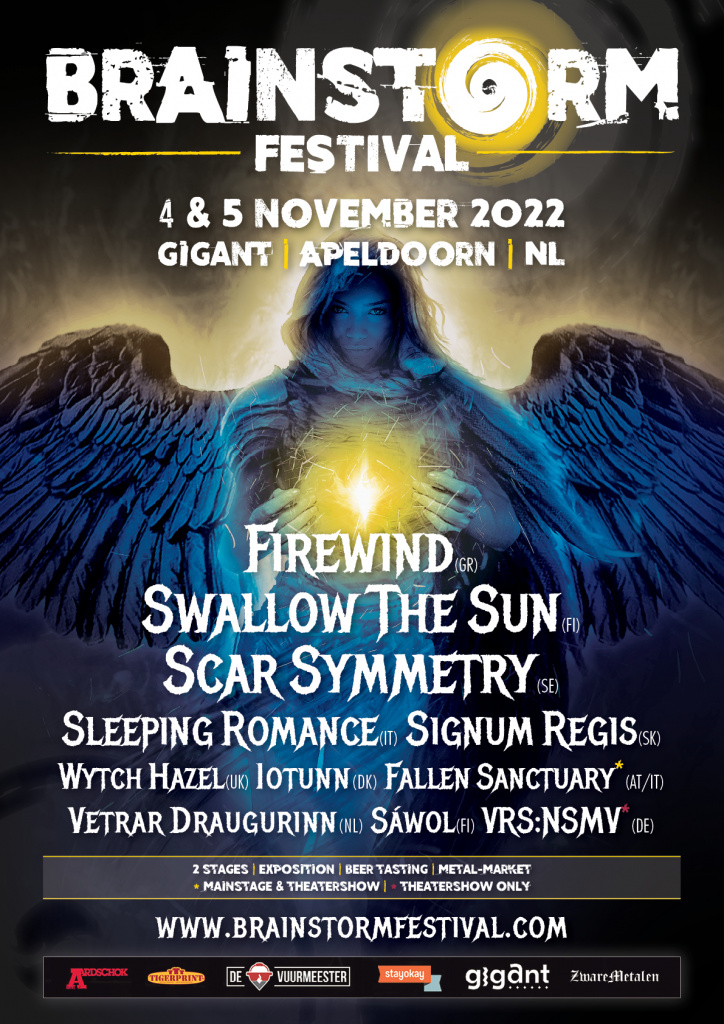